I’m home for just a few short days between the amazing, somewhat surreal dream that was the Slow Fashion retreat (it deserves its very own post, which I vow to share before the end of August), and a week long camping trip in the Adirondacks with my extended family, and wanted to just check in here briefly.

Despite my best intentions, between a broken computer in June, whirlwind quilt photography adventures in July, the Slow Fashion retreat last week, and my family camping trip for which I leave tomorrow, I seem to be officially retreating into the wild fun of summer and out of blogging for the season.

My Summer Adventure Quilt is growing almost as fast as my list of things to share with you, and I will share more detailed updates once the summer winds down.

Here are the blocks I made this week to accompany us on our camping adventure next week. A improvisationally pieced tent block for camping, a canoe tied to a tree for our canoeing trips, and a lake section to add for every time we paddle. I made 5 extra trees in case we do lots of hiking, which are positioned around the top and left side of the tent, lake and canoe, and I put a few already-earned tree blocks around the bottom to show what it will look like all together. Hopefully with all of these blocks ready to roll, we’ll have a grand old time. I hope that you are enjoying these fast, hot months, and living life adventurously!

I’m also excited to share that the 2018 Quilter’s Planner is officially released and ready for pre-order! This year, Alison Glass is the featured designer, too, and I’m sure you know how I feel about that! I’ll share much more about the planner and all of my quilt photography fun in a later post, too. For now, visit Quilter’s Planner site to preorder domestically, and international friends can preorder a planner or a planner bundle through Fat Quarter Shop.

Know that I have not forgotten this space, and I fully intend to return with intention once the weather cools, the big kids return to school, and the adventures subside a bit. Until then, happy stitching… and adventuring!

I’ve replaced my old laptop and I’m excited to have an opportunity to share once again in this space. With so many post ideas and projects underway, I’ll do my best to share my highlights from the past few weeks! Thank you for your patience as I find my blogging stride once again. xoxo

Slow Fashion has been on my mind for the past few months, or more accurately, at least the past year. I even bought a simple tank top pattern that was suggested for first time garment sewists, and have the fabric I need to make at least three. But the apprehension that stands in my way is still strong. While making 20 minutes of quilting or embroidery progress seems reasonable, 20 minutes doesn’t feel like sufficient time to let my brain wrap around the concept of garment sewing enough to dive in.

My dear dear friend Stephanie from Late Night Quilter even surprised me with an Alabama Chanin stitching book about a month ago! It’s meant to be, truly.

When I heard that Sam from A Gathering of Stitches was organizing a Slow Fashion Retreat as well as a Slow Stitching Retreat this year, I knew this was my chance. I arranged childcare thanks to the team efforts of my parents and in-laws, registered, happily agreed to teach yoga during the retreat once again, and here we are only a couple short weeks away from retreat time! I’m hoping to have a wonderfully blissfully relaxing week, knock my fear of garment sewing out of the park, mend some of my holey jeans, and play with natural dyeing! All this on the coast of Maine amidst some of the best company there is. Yes, can you tell I’m excited? If you’re feeling spontaneous, a little bird tells me there are still a few spaces available for the retreat–join me if you so desire!

In reflecting on my experience at last year’s Slow Stitching retreat and getting excited about this year’s retreat, I realized that I never did post my reflection on last year. I wrote nearly all of it, but was waiting to get it *just perfect* before posting, as well as possibly waiting to finish a couple of the projects I began on the retreat, and well… neither of those things happened. In the spirit of retreat reflections, I thought I’d share my reactions now, nearly a year later. Stitching retreats are an experience unlike any other, and rereading my reflections transports me back to the blissfully sun-filled porch, rocking and stitching and enjoying the company of like-minded makers.

*Note: the following was written a year ago, shortly upon returning from the Slow Stitching Retreat at Medomak in August of 2016* 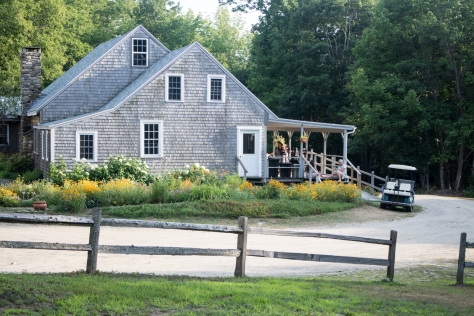 There’s something amazing about the retreat format, where a group of likeminded strangers gathers in a quiet and often intimate setting, spending hours upon hours together in the spirit of learning, relaxing, and reconnecting with self and spirit. The people and the deep and kindred bond I feel with them at the end of such a relatively short time is always what strikes me most upon returning home from a retreat. Here was this group of nearly complete strangers four short days prior, yet tears flow and hugs abound when it’s time to part ways again and head back into our own individual corners of the game called life. It’s a tiny peek at the innate goodness, compassion, and human connection we all share, yet that is often hidden by the bustle and drama of life during our normal day to day existence. That fiber of human connection is truly beautiful, and I’m grateful to have been a part of it.

So many things stand out to me about the Slow Stitching Retreat that quietly happened at Medomak Retreat Center in the woods of Washington, Maine, a couple weeks ago. Yes, the people. The new friends, the realization that even the most talented, well-known and revered makers are real people, just like you and me. And that they can be wicked silly and fun to hang out with! The surprising connections and moments of clear understanding that happen in spontaneous conversations over stitching or wine. We came from all over the country, and reflected all sorts of characters. Some quiet, some not so quiet. Some names widely known, some not. All creative. All open. All building and creating and supporting each other. All of us, human. I’m so grateful to Sam for bringing us all together.

The learning and stitching was also really fabulous, so before I get too deep into a philosophical reflection on the human condition and how hand stitching and quilting helps build positive connections, I’ll jump into the more physical aspects of the retreat–slow stitching!

On the first day, I immersed myself in the reverse applique techniques taught by Alison Glass. It was my first time working with knits, my first reverse applique, and my first time transferring a pattern to fabric by *gasp* writing on the fabric! I used a micron pen, since it was a cut line and would not be visible anyway, and amazingly, not only did it transfer the pattern beautifully, no fabric died in the process!

I decided to create a design based upon the geometry of a chapel ceiling captured by my brother-in-law in Oakland, California, so in light of the whole discussion around “derivatives” in quilting that sparked a heated discussion days before I embarked on the retreat, I spent the week being 100% derivative. And liking it. 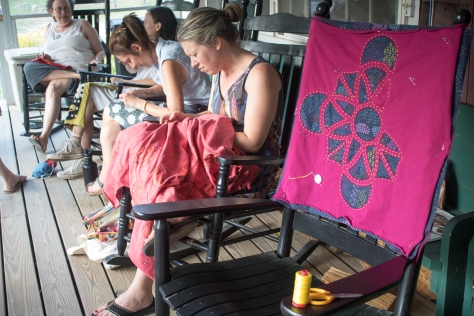 The process of sketching out the design, transferring it to the fabric using the tips shared by Alison on how to create a repeated design, finagling the knit fabrics to do what I wanted (sort of) and finally, slowly stitching and cutting, watching the design come to life before my eyes, was extremely enjoyable.

Not to mention making slow stitching progress lakeside after a refreshing swim!

This is most certainly not the last reverse applique I’ll do. The one hesitation I have with it is its durability with washing. Having three young kids who love to have pillow fights, make pillow forts, and sneak food into the living room, I would most likely create reverse applique items and then hide them away for now. Either way, LOVE!

The second day of the retreat, I spent the day giggling uncontrollably while tiny stitching with Chawne Kimber in the amazing barn. Having witnessed this technique the year prior with Chawne, I had a little preview of the fun. There’s something about the mantra “sew smaller; no, even SMALLER” that takes quilting to a whole new level.

Chawne’s work is epically awesome on many levels, and it was fabulous to get to see many of her creations once again. They never cease to amaze me, and hearing her talk about her process is always inspiring. (Chawne will be returning for this year’s Slow Stitching Retreat, so you have a chance to stitch with her, too, if you want! I highly recommend it!)

I went into the retreat with a vague design idea, though without a full plan of how to execute it, but also the desire to keep an open mind and take advice as it was presented. At the advice of both Chawne and Sam, rather than jump into trying to execute my idea with my desired fabrics, I played around with some scraps to see if it would translate into reality the way I envisioned. 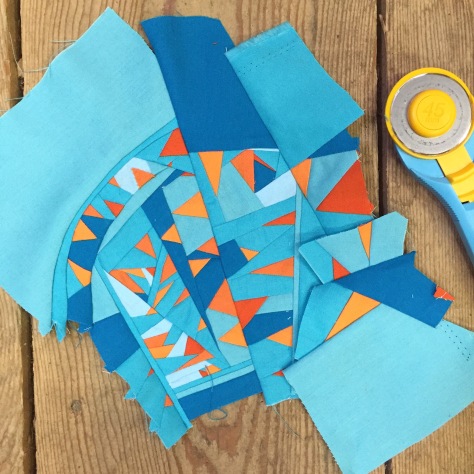 I’m very glad I did, since it did not really translate the way I had wanted, BUT I do love what I created and had a ton of fun just going wild and sewing whatever wherever, as long as it was smallllllll. Tiny stitching plus improv curves equals loads of fun!

Here are some other scenes from the retreat: 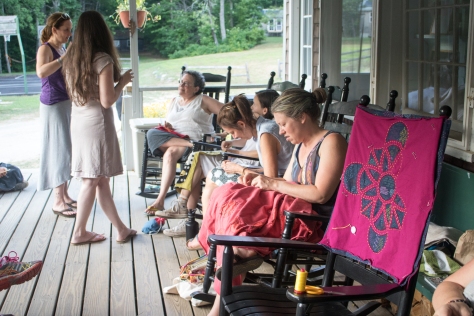 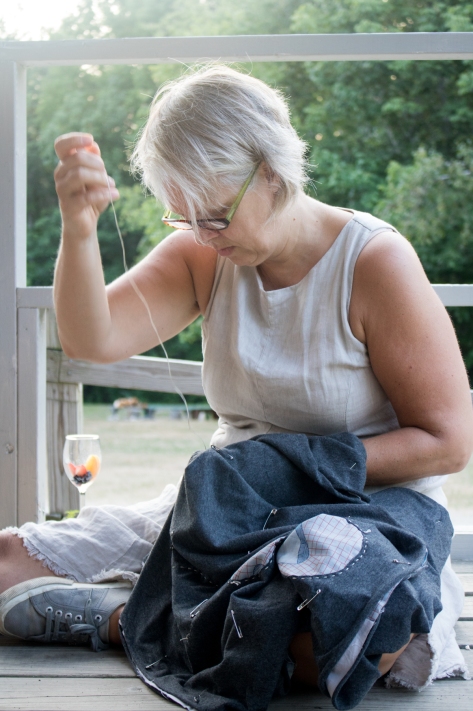 I’m looking forward to seeing some old friends and creating some more slow stitching retreat memories, this time hopefully with a bonus souvenir of a hand-made garment and the knowledge and confidence to dive more deeply into the world of Slow Fashion. As one who does not like to shop, who feels a strong stewardship toward the earth, and who loves to stitch, I’m excited to embark into this new world!  Now that I have a fully functioning laptop, I will be sure to share my experiences with you. This time, I will try to post my reflections a bit sooner than a year later! 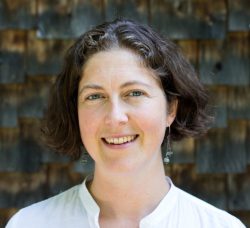 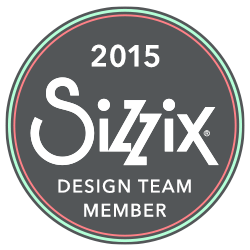